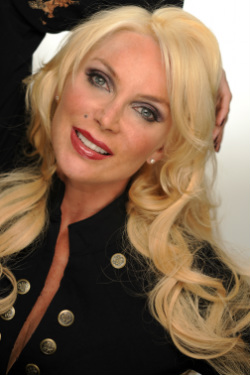 PALM SPRINGS OFFICIAL “MARILYN” OF MARILYN MANIA
COMING SOON: "LOLA LOVES MARILYN & FRIENDS" ~ SHELLEY MICHELLE WAS CAST BY JOHN RITTER & THE HEAD OF USC DRAMA TO PLAY MARILYN MONROE IN THE PLAY "BUS STOP."
THEN MOST RECENTLY SHELLEY WAS CAST IN THE PLAY "FOREVER FOSSE", THAT HIGHLIGHTED THE WORKS OF LEGENDARY CHOREOGRAPHER, BOB FOSSE & WIFE GWEN VERNON WHO OFTEN
PLAYED THE "LEAD DANCER ROLE."
FOSSE, A PERFECTIONIST, KNEW HE HAD A UNIQUE STYLE OF DANCE TECHNIQUE SO HE "GROOMED GWEN" TO HELP THE OTHER DANCERS INTERPRET EXACTLY WHAT FOSSE DEMANDED.

Miss Armed Forces, Shelley Michelle, has been awarded the " Highest Achievement Award" in recognition of her dedicated service and numerous contributions to "Our Veterans & Their Families" by Los Angeles County Supervisor, Michael Antonovich.

The Cannes Film Festival officially declared her, “The most photographed Hollywood Starlet since Marilyn Monroe” and she has been heralded as “The World’s Most Famous Body Double.”

As founder and hostess of “Celebrity Red Carpet” shows called “The Sizzle” Shelley, dressed a la Marilyn, had the honor of interviewing Palm Springs major, Steve Pougnet, along with several councilmen at the “Official Unveiling” of the famous 26 foot Marilyn statue that "kicked off” the towns “Marilyn Mania” !!

Born in Hollywood, Shelley started developing her artistic and musical talents at the age of four. As an outstanding student scholarship recipient from USC, she acted in 26 different stage productions, including: “Bus Stop,” “Gypsy,” Guys & Dolls.”  Shelley is also an 18 year veteran of “The Joffrey Ballet”, toured the world as a Madonna/Marilyn Monroe impersonator and entertained the troops worldwide for Desert Storm and Iraq with her revue “Miss Armed Forces and the USA Gals.”

Next up is Shelley’s fourth CD, A Tribute To Our Troops, “All American Girl,” which will “officially debut” with Shelley in a “starring” role as “Marilyn Monroe” performing live with her "Jazz/Conga Vibe musical stage show & company.” This tribute is set for a 'Worldwide Tour" starting July 4th in L.A.. She is an “Ambassador Of Goodwill” for the "Armed Forces" and on a regular basis "Donates Generously" to Military Families In Need Of Support. In fact, Military Vet "Gale Huelett" who has worked with Michael Antonovich on numerous Military Events, is actually naming a VFWB Legion in Calif. after Shelley Michelle !! "They just won't let me retire" Shelley laughs !!!!

Her legs have been insured by Lloyds of London for $1 million dollars. Now Shelley will really utilize these “famous legs” as hostess of her upcoming reality show, “The Million Dollar Legs Club” ! She can also be found as hostess on the “red carpet” show, “The Hollywood Sizzle, Vegas Sizzle and now Palm Springs Sizzle” !